Laying the Foundations
- The League of Nations and International Law, 1919 to 1945

A League based on International Law?
The Role of the Legal Section of the League of Nations 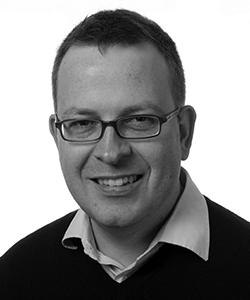 This project will be the very first historical study on the basis of archival documentation of
the legal section of the LoN Secretariat. Two questions will be addressed: Firstly, it will establish a general overview of the activities of the legal section, which was one of the earliest examples of a legal service of an international organisation. This includes the key role as legal advisor to the League of Nations Council, Secretariat and Commissions, and its role as reference point for both the Permanent Court of International Justice and the programmes for registering and codifying international law. Secondly, it will explore to what extent the legal section developed a vision and a strategy on how to strengthen the competences and legal framework of the League of Nations, and if this was the case, to what extent it influenced the development of international law. Legal services of international organisations have played important roles in the development of international law after 1945, by studying one of the earliest examples of legal service we explore an important historical predecessor for later successes. 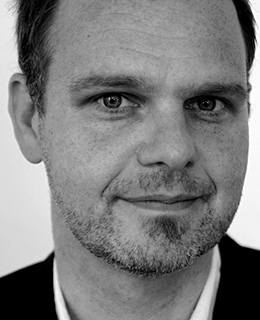 From the very beginning in 1919 the core mission of the International Labour Organisation
(ILO) was to develop international labour law to diminish the social cost and potentially
disruptive effects of international economic competition. As the International Labor Code,
the collection of international labor standards, grew in size and strength, so did the role of
lawyers within the ILO’s institutional architecture. This project explores two central questions based on the ILO archives: Firstly, it analyses the role of lawyers both inside the various departments of the ILO and in the Committee of Experts on the Application of Conventions and Recommendations that monitored member state compliance. The hypothesis is that lawyers were central to the development of a specific organizational ideology and sense of mission. Secondly, the application of the legal approach will be further analysed by studying the ILO’s approach to the issue of forced labor used by colonial powers in their respective mandates. Although it did not have the competence to address these abuses, the ILO managed by means of legal discourse to gradually shape the ways colonial labor was perceived pointing towards the Philadelphia Declaration (1944) and a set of conventions that run under the heading Social Policy in Non-Metropolitan Territories (1944-1948). 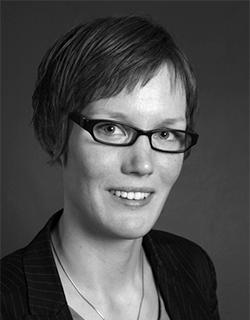 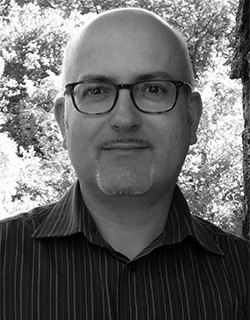 In France the political debate on the significance of the League of Nations and international law divided the political left and right. While the centre-left supported the move towards a replacement of traditional diplomacy with international law, the political right mistrusted the League of Nations system and preferred the strict implementation of the Versailles treaty and a reliance on force. As French foreign policy was caught between these two extremes, the foreign ministry officials were not particular keen on the legal vision, given the lack of flexibility that law offered compared to traditional diplomacy. So while occupying the Ruhr (1923-1925) in order to enforce the peace terms, for example, French governments pursued the outlawing of wars with the Geneva Protocol (1924) and the General Pact for the Pacific Settlement of International Disputes and the Kellogg-Briand Pact (1928). This project will focus on two aspects. Firstly, the role of the Foreign Ministry and its legal service in the formulation of French policies on international law will be analysed. To what extent did the ministry secure continuity in French politics on international law that went beyond party politics? Secondly, what role did the strong community of French international lawyers play in the making of French foreign policy?

Cui Bono? Germany and the Development of International Law 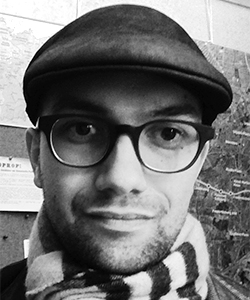 Manley O. Hudson:
An American Lawyer at the League of Nations 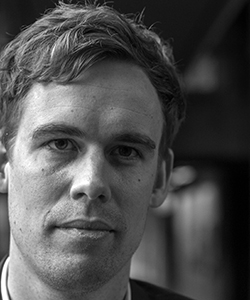 The United States occupies a peculiar position as both vanguard and outsider in the history of the League of Nations (LoN) after President Woodrow Wilson’s efforts to establish the League were slated by the Senate’s rejection of US membership. Although the United States formally resided on the sidelines of the LoN system, individual Americans became deeply involved in the formation of international law at the LoN. This project examines the work of the American lawyer and academic Manley O. Hudson, who occupied important positions in the LoN system and became an active proponent of the LoN in the United States. Having been part of the American commission to the Paris Peace Conference in 1918, Hudson joined the LoN Secretariat in 1919 and later served as a judge of the Permanent Court of International Justice (1936-1946). Based on Hudson’s private archives, the project pursues two principal inquiries. Firstly, it examines the work of Hudson inside the LoN system, highlighting his contributions to the formation of international law. Secondly, it investigates Hudson’s advocacy for the LoN in the United States, including the formation of organizations lobbying for US membership. By studying the work of Hudson, the project provides the first historical account of an important but little known figure in the LoN system. Moreover, it furthers our understanding of the complicated relationship between the LoN and the United States through the life and work of an individual that represented both. 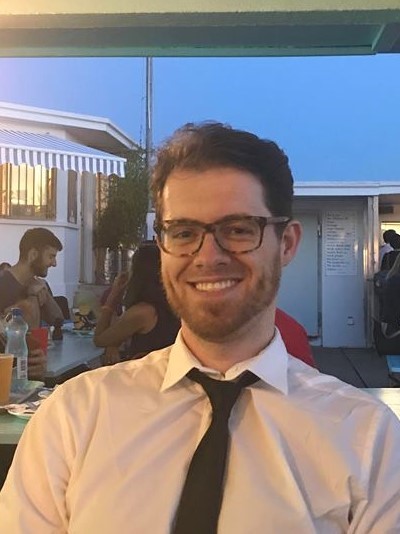 Andrei Mamolea is a visiting fellow at the Max Planck Institute for European Legal History and an SSHRC post-doctoral fellow at McGill University Faculty of Law. His research challenges the widespread notion that the United States was the driving force behind the development of international law during the late nineteenth and early twentieth centuries and then shifts attention to the neglected but important role of small states, especially in Latin America and East-Central Europe. Within the “Laying the Foundations” project, he examines the influence of jurists, diplomats, and League of Nations functionaries from these regions, as well as the sovereigntist tradition among legal circles in the United States.

She is currently preparing a monograph, from her doctoral dissertation, tracing ideas and practices of secrecy and publicity in the international legal order from the nineteenth century to the present. This research focuses on the interwar years as a foundational period in which an expanding franchise, and the experience of industrialized warfare, gave impetus to new demands for publicity of diplomacy – but triggered in turn the modernization, reformulation and legitimation of a liberal secrecy regarding foreign relations which subsists today. The book addresses dynamics of secrecy and publicity in particular in diplomatic relations; the workings of League bodies; the management of treaties; disarmament and arms control; and intelligence. Across these areas she traces how the regulation of secrecy moves in and out of juridical frames, found sometimes in political and bureaucratic custom, or diplomatic etiquette, but crystallized also in the public law of states. The work draws on archives of the League of Nations Secretariat, and of foreign ministries in Britain, France and the United States. Other work on the twentieth-century international legal order includes 'The Survival of the Secret Treaty: Publicity, Secrecy and Legality in the International Order' (2017) 111 American Journal of International Law 575; 'The League of Nations, Ethiopia, and the Making of States' (forthcoming (2019) 11 Humanity); and 'Ventriloquism in Geneva: The League of Nations as International Institution' (forthcoming in Brett & Koskenniemi (eds), History, Politics, Law: Thinking through the International).

Visualizing the League of Nations Secretariat – a Digital Research Tool

Read about the project. 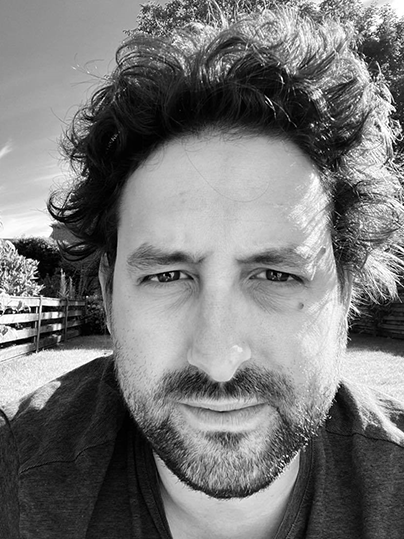 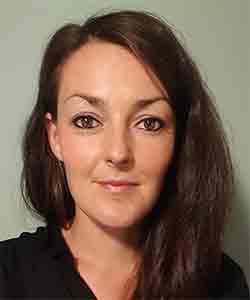 This postdoc project will produce an archive-based historical account of how the first universal organization, the League of Nations, forged various diplomatic strategies to convince member states to strengthen and develop international law through the codification of international customary law. It will also study how the League defined the concrete shape that legal agreements would take and developed drafting techniques which still prevail today. Although the history of how the legal shape of international agreements and decisions developed is strictly speaking legal history, it is at the heart of international organizations history because it concerns the capacity of international bodies to act. In addition, law was very much at the center of the League of Nations as a political and ideological project, in which a handful of diplomats played leading roles. This research project will combine a macro-multi archive approach relying on documents from the League and key member states with micro-level biographical research on individual actors. The combination of these different sources and angles of analysis will allow for an important contribution to our understanding of how global governance took a distinctively legal form during the Twentieth Century.

Geneva versus The Hague: The League of Nations and the Permanent Court of International Justice 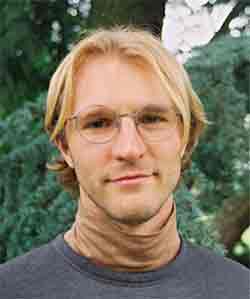 Aden Knaap is currently working on a book project, provisionally titled Judging the World: International Courts and the Origins of Global Governance. This project argues that international courts were some of the earliest and most powerful world organizations. It explores a series of courts, proposed and actual, and around the globe, from the late nineteenth century to the 1970s. Within the "Laying the Foundations" project, he is exploring the relationship between the League of Nations in Geneva and a contemporaneous international court in The Hague, the Permanent Court of International Justice. Most scholars have assumed that this Hague Court was part of the League of Nations. His work instead suggests that the Court was independent for most of its existence, and that many of its judges actively sought to distance the Court from the League. This work is tentatively titled "Geneva versus The Hague: The League of Nations and the Permanent Court of International Justice."